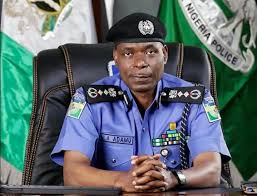 Muhammed A. Adamu, Police IG
The Federal Government has dissolved the Special Anti-Robbery Squad(SARS) unit of the Nigerian Police Force. This was announced by the Inspector General of Police, Muhammed A. Adamu while briefing newsmen at the Force Headquarters in Abuja on Sunday 11th of October, 2020.
The dissolution of the Force unit came up following series of the recent nationwide protests hashtaged '#ENDSARS' championed by the Nigerian Youths, alleging brutality and related unprofessional conducts on the part of some members of the Squad.
According to a statement containing the main points of the Press Release delivered by the IG as made available on the Nigerian Police official Twitter handle @PoliceNG, signed by the Force Public Relations Officer, DCP Frank Mba, "The Inspector General of Police has dissolved the Special Anti-Robbery Squad(SARS) across all the Thirty-Six(36) State Commands and the Federal Capital Territory(FCT) with immediate effect".
"All officers and men serving in the Unit will be redeployed to other Police Commands, Formations and Units", the statement read.
Realizing the security vacuum the dissolution of the unit will create, the IG went further saying that "A new policing arrangement for tackling the offences of Armed-Robbery and other violent crimes will be unveiled to the public soon".
He also desclosed that "A Citizens and Strategic Stakeholders Forum will be launched to provide an avenue for citizens to regularly interface and advise the police authority on issues touching on the general public".
The Force also assured the public that the reports of the alleged cases of crimes committed against citizens shall not be swept under the carpet as according to the statement, "an Investigative Team will be constituted which will include Civil Society Organisations and culprits will be punished".
Breaking News News Across Naija
Location: Abuja, Nigeria
IFE CITY BLOG
Your Best Plug For Top-Notch Community News, City Infotainment And General Updates. Follow Us On Our Social Media Platforms To Stay Connected For Latest Updates And More. 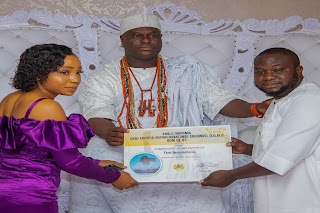