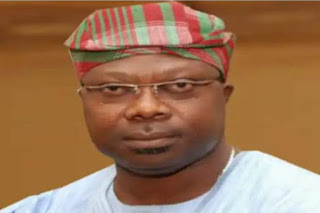 A former Deputy Governor of Osun State and Two Terms Senator of the Federal Republic of Nigeria, Senator Iyiola Omisore has reacted to a publication by the Sahara Reporters dated 19th April, 2021 alleging that the former Senator alongside a firm, Cartil Construction Nigeria Limited were involved in the mismanagement of a sum of N650 million allegedly meant for the execution of an 8.2Km Ife-Ifewara road project in 2010.

The New York based online news agency had in the said publication alleged that the former Senator got N151 million of the road project fund billed for N650 million from the National Assembly as his constituency project and purportedly shared same with the alleged firm without executing the project.

The former Chairman of the Senate Committee on Appropriation in a letter signed by his lawyer Gboyega Oyewole(SAN) dated 21st April, 2021 addressed to the Sahara Reporter's Publisher and made available to the press however described the allegation as false, baseless and malicious and urged the public to disregard it.

Senator Omisore in the letter maintained further that the publication was unjustifiable, describing it as only a move to cast unwarranted damage to his person and integrity. He therefore requests from the Sahara Reporters a retraction, a public apology and a payment of damages to the sum of N250 million within fourteen days of the receipt of the letter or face further legal actions.

National News Politics
IFE CITY BLOG
Stay With Us For Top-Notch Community Reports, City Infotainment And Breaking News From Across Borders. Follow Us On Social Media For More. For Your Adverts Placement And Publications, Please Call/WhatsApp: 08141665947 Or Send a Mail to [email protected]

Comments entered here belong to their makers and do not in any way reflect or represent the views of Ife City Blog.