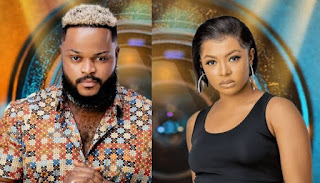 Two housemates of the Big Brother Naija Season 6, the Shine Ya Eye edition have both won the Saturday Night Orijin BBNaija Party Competition with a cash prize of N1.5 million each.
Orijin brand in a release via its official verified Instagram handle on Monday maintained that the decision to reward the two housemates came up as they both topped the lists of contenders on the two platforms where the contest were held.
Part of the statement reads: "You voted. We counted. We had two top contenders on  each platform. So we thought, what's better than rewarding one housemate? Rewarding two housemates.
"Meet our Most Orijinal BBNaija Housemates at the #OrijinBBNaijaParty (2021). Congratulations Orijinals, you helped your faves win 1.5million Naira Each".
Orijin had during the last Saturday night party hosted by the brand at the Big Brother Naija house conducted an online votes contest on their Facebook and Instagram pages wherein fans were asked to vote for the "Most Orijinal Housemate" at the party which resulted in the duo.
Celebrity Gists Entertainment News
IFE CITY BLOG
Stay With Us For Top-Notch Community Reports, City Infotainment And Breaking News From Across Borders. Follow Us On Social Media For More. For Your Adverts Placement And Publications, Please Call/WhatsApp: 08141665947 Or Send a Mail to [email protected]