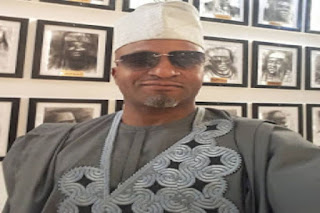 This was confirmed by a letter of appointment earlier issued today  to the Ife born Chess Icon by the State Sports umpire signed by its Acting General Manager, Rotimi Dunmoye.

The four years term State Vice Chairmanship position bestowed on the manager of the famous Olojo Festival Rapid Chess Tournament hosting club, the Raia Rooks Chess Club, according to the letter, is expected to begin with immediate effect but will be fully activated with the official inauguration of the Association which has been put on hold due to reasons related to the Covid-19 pandemic.

The letter reads in part: "This is to humbly refer to the above topic and to inform your honour that Mr. Governor, HE, Adegboyega Oyetola has approved your nomination as Vice Chairman of the Osun State Chess Association".

"This letter serves as a letter of appointment which is for a period of four years but subject to renewal based on effective performance. The focus is to move the sports forward with little or no financial burden on Government".

"You are therefore requested to start immediately pending the inauguration of the Association which would hold after the advent of the novel Covid-19 which has hindered all public gathering. Kindly accept my congratulations".