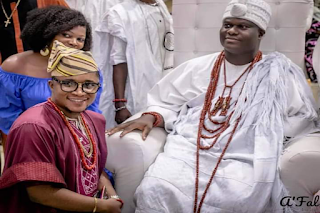 It is no gainsaying the fact that Ife is indeed great. Great for not just its historical, cultural and tourism significance world over or only great as the cradle of one of the largest ethnic groups in Africa and beyond, the Yoruba race. Ife is notably more great for the vast eminent men and women that have been produced in the ancient and renowned African city.

A vast number of these outstanding personalities are however under-celebrated. As part of one our mission however at Ife City Blog to showcasing and recognizing these living legends, the trailblazers and amazing men and women making Ife and by extension the Yoruba race and Nigeria in general proud in their various chosen fields, we are glad to unveil a big fish that our net has caught in this special post featuring a prince of the source and true son of the soil, Prince Timmy Abiri Roland. 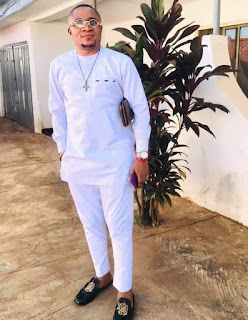 Prince Abiri started his entertainment company at an early stage and founded Reality Entertainment International. He partnered with the then Osun State Government through the Ministry of Culture and Tourism to produce the annual Osun State Pageant(Faces of Osun), directed by him.

In 2014, Prince Abiri founded an NGO named International Youth Peace Conference Nigeria, aimed at empowering the youths, enlightening them about their roles in governance and grooming them to becoming advocates of peace. This he was running side by side his State Pageant.

In 2015 Prince Timmy Abiri was contacted by an organization in USA called LA Expose where he was nominated and awarded as an Exemplary Youth Leader of The year and Peace Prize Award under the Extraordinary People’s Award in 2015 and he was appointed by the organization as the Vice President of the organization in Africa. 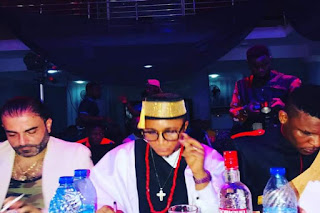 While he was Vice President of LA Expose in Africa, Prince Timmy Abiri used his office to promote African Traditional Institutions to the world, an initiative that brought the international community from the US to come and honor His Imperial majesty, Arole Oduduwa, Ooni Adeyeye Enitan Babatunde Ogunwusi, The Ooni of Ife barely six months after being coronated as the 51st Ooni of Ife(Of a long reign).

Through the organization he represents in Africa, Prince Abiri was able to establish a branch of his NGO in the States, International Youth Peace Conference,(IYPC) and two successful conferences were held in the US, one at Atlanta Georgia, the other at Las Vegas USA. After this successful events, he was awarded by the Anglican Church of Atlanta as an advocate of peace.

Prince Timmy Abiri successfully held his NGO conference in Bayelsa in 2014 in collaboration with the State's Ministry of Youth Development and in 2016, Prince Timmy Abiri was awarded by the Nigeria Goodwill Ambassadors in Abuja as Agent of positive change in his community, held at Sheraton hotel Abuja.

In 2017, Prince Timmy Abiri resigned his appointment with LA Expose to enable him focus more on his personal businesses and humanitarian mission especially by doing more with his organization.

Prince Timi Abiri is an astute businessman, a go-getter, founder, socialite per excellence, an advocate of youths, a mobilizer, Real Estate developer, marketer, Movie Director and Producer. He is a Brand Consultant, Finance Consultant and Pageant Director.

Celebrity Gists Ife Icons
IFE CITY BLOG
Stay With Us For Top-Notch Community Reports, City Infotainment And Breaking News From Across Borders. Follow Us On Social Media For More. For Your Adverts Placement And Publications, Please Call/WhatsApp: 08141665947 Or Send a Mail to [email protected]