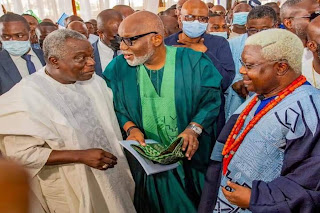 It was indeed a great moment at the Ife Grand Resorts and Leisure, Ile-Ife on Wednesday 7th of July as dignitaries, top government functionaries, friends, family as well as well-wishers from various walks of life stormed the city of Ile-Ife to felicitate with His Royal Highness, Oba David Olajide Omisore, Omigbade I, the Olu of Ayepe-Olode in Ife South Local Government Area of Osun State on his 90th Birthday celebrations.

In addition to celebrating the great privilege of attaining the milestone of a nonagenarian, the day was more of commemorating the exemplary lifestyle and invaluable contributions of Oba Olajide Omisore to communal, state and national development. His Imperial Majesty, Jingbinni bi Ate Akun, Arole Oduduwa, Olofin Adimula Ooni Adeyeye Enitan Babatunde Akande Ogunwusi Ojaja II, the Ooni of Ife was present at the occasion alongside other prominent traditional rulers including Regent Mojisola Omisore, the Oisa Amulodu of Ado Ekiti Kingdom and wife of a former Osun State Deputy Governor and one of the children of the celebrant, Senator Iyiola Omisore. 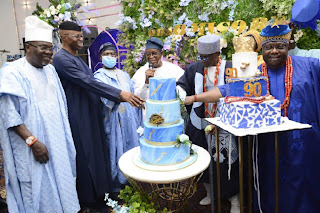