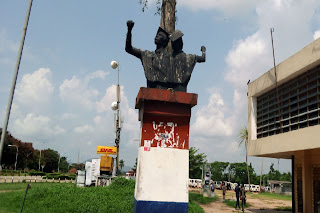 July 10, a day commemorating the sad event of July 10, 1999 involving the killing of five students of the Obafemi Awolowo University, Ile-Ife in a cult attack has been described as the institution's anti-cultism day.
The Dean of the Students Affairs of the University, Prof. I.O. Aransi made this assertion while addressing students in a symposium organized by the Great Ife Students' Union Action Committee as part of the activities marking the remembrance of the five students who were murdered in cold blood on that fateful day namely George Akinyemi Iwilade, popularly known as Afrika who was a 400L Law Student and the then Secretary-General of the Students' Union; Eviano Ekelemu, a 400L Medicine Student; Yemi Ajiteru, an Extra Year Student; Babatunde Oke and Efe Ekede, a Student of Psychology.
According to Prof. Aransi, the University remains uncompromising on its zero- tolerance for cultism and urged the students to cooperate with the management in ensuring that OAU remains a peaceful and cult-free educational institution. 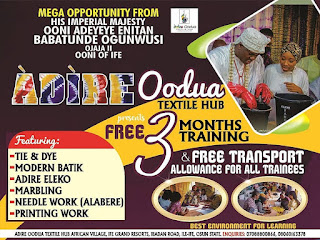 He added that the relative peace and greatness that the University currently  enjoy on campus is the fruit of the struggle by fellow students like the ones being remembered.
"July 10 is Anti-cultism Day. As we all know, OAU has zero tolerance for cultism and there is no student who was admitted here and did not swear an Oath of allegiance to the university authorities that you will abide by the rules and regulations of the institution and one of such rule is that you must not join any secret society. Even if you had been a member of any cult group previously, you are required to renounce such membership upon your admission into the University.
"Let me reiterate the fact that Obafemi Awolowo University does not tolerate cultism in any form and that is why over the years we have had peace on campus. This peace must be sustained as it is only in an atmosphere of peace that greatness is possible. When they shout Great Ife, you say Great, some people paid the supreme prize to attain that particular position", Aransi said.
He further enjoined the students to always verify the status of any organization with the Division of Students Affairs before joining as this, according to him, is necessary for the sustenance of peaceful atmosphere in the University community.
The Dean while assuring the students of their safety in the University environment urged them to always report any suspicious element or group that constitute security threat to the Division or the security unit for immediate action to be taken.
The symposium with the theme "Towards Vibrant Unionism: A Time For Reawakening" held at the Amphitheatre of the institution had in attendance other notable Officers of the institution including the Vice Dean of the Students Affairs Division, Dr. S. A. Oluwatosin, the University Chief Security Officer, Babatunde Oyatokun and prominent Student Rights Activists as well as Great Ife Students in their hundreds.
Acting in the position if the Student Union president at the occasion, the Chairman of the newly constituted Students Electoral Committee, Ajayi Oluwafemi Efem Castro as fondly called charged the entire Great Ife community especially the students never to forget the legacies of the fallen heroes who laid their lives for the current peace being enjoyed by all on Ife Campus.
Campus Gists
IFE CITY BLOG
Your Best Plug For Top-Notch Community News, City Infotainment And General Updates. Follow Us On Our Social Media Platforms To Stay Connected For Latest Updates And More.